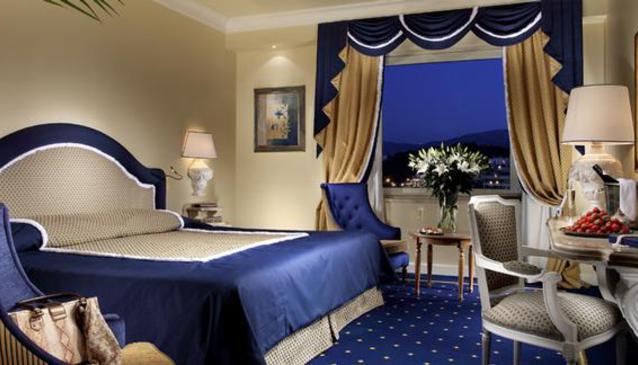 The Royal Olympic is conveniently located next to all of the city’s most popular attractions. From this Athens' hotel, the Acropolis Subway Station provides easy access to attractions and is located across the street. The area surrounding the Royal Olympic Hotel is one of convenience. The Athens Airport is about 20 miles away, and the downtown center of the city is less than a mile.

The Royal Olympic Athens is known for its well-appointed guest rooms with amenities like satellite television, personal climate control, desks, telephones with voicemail, secure electronic doors, and minibars. The hotel features a restaurant that specializes in international and local cuisine, two lounges, room service, an outdoor pool and sauna, massage, a gym, hair salon, concierge services, Internet access, and business services, as well as a shops and a newsstand. The hotel also has a laundry service, turndown service, and 24 hour reception service.

The Royal Olympic Hotel Athens has superb service and convenient amenities that make it a favorite destination. Breathtaking views of the Acropolis and the Temple of Jupiter create a surreal experience for the Athenian traveler.