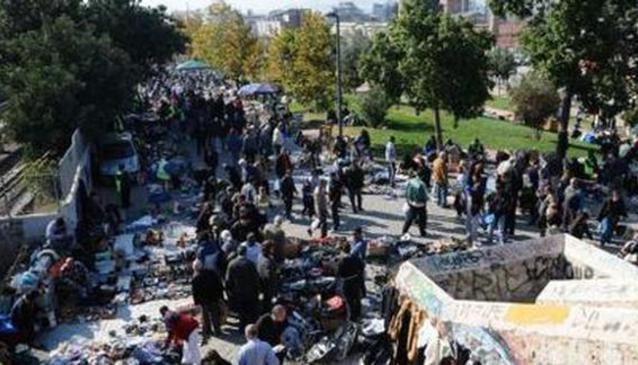 Beginning at Thissio station, the bazaar continues along the lines of the train until Gkazi. The association was created in 1992 to support the right to work. The collectables, which could have ended up in landfills, can be found at the market and it is these items which preserve the association's culture.

Items such as old books, cameras, magazines, musical instruments, crockery and clothing both used and not can be found on the tables at Piraeus Market every Sunday from early morning until three in the afternoon.