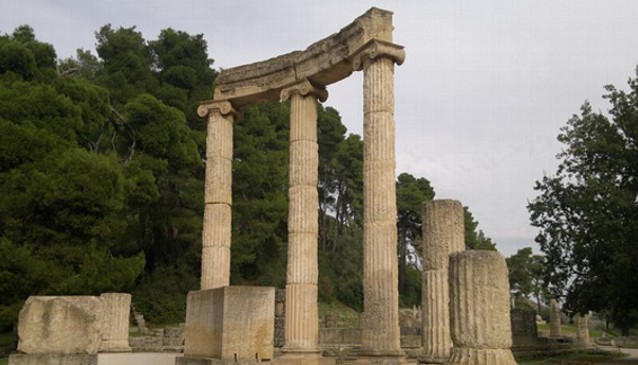 Olympia and The Temple of Zeus - Athens

Directions to Olympia and The Temple of Zeus

Dedicated to the chief of gods, the Temple of Zeus at Olympia is an ancient Greek temple, built between 472 and 456 BC. The temple is the most important building in Altis, considered to be a perfect example of Doric architecture. It was dedicated to Zeus, the father of gods and men, by the Eleans from the spoils of the Triphylian war, who built the temple. Olympia is a sacred sanctuary of ancient Greece, situated in the valley of Elis in Western Peloponissos, and is most famous for hosting the first ever recorded Olympic Games in 776 BC. The original Olympic Games were dedicated to Zeus, hence the creation of the temple. The temple stands in the centre of Olympia as the largest temple in the Pelopennese. It contains 13 columns at each side made from local shell-limestone, covered in white stucco, whilst the pedimental sculptures, roof tiles and lion's head water spouts are made of marble. The temple was burnt by order of Theodosius in 426 AD, but despite being badly damaged, the remains of the temple can still be visited.