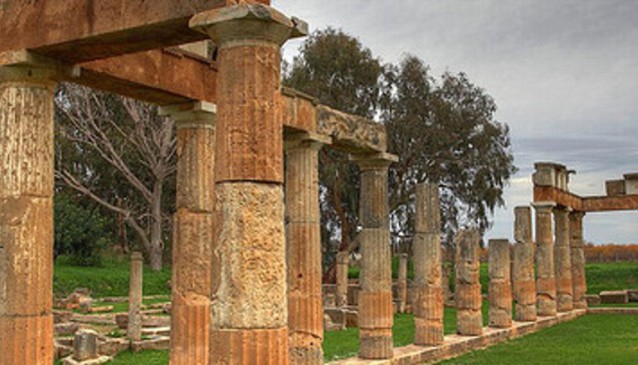 Directions to Sanctuary of Artemis, Vravrona

Situated on the eastern coast of Attica, near the Aegan Sea in a small inlet, the sanctuary of Artemis at Brauron lies as an early sacred site. The area was first inhabited on the hill, overlooking the Brauron bay, towards the end of the Neolithic age and near the beginning of the early Bronze age (1600 - 1375 BC). Vravrona was known for the worshipping of goddess Artemis, where the use of the area as grounds for worship began in the 9th century BC, continuing until the end of the 3rd century BC. Since ancient times, the inlet has been built up to push the shoreline further from the site. The sanctuary contained a small temple of Artmemis, a stone bridge (the only known example of a classical period bridge in Greece), cave shrines, a pi-shaped stoa and a sacred spring. Since being abandoned in the 3rd century BC, the site has remained untouched, with its ruins remaining.