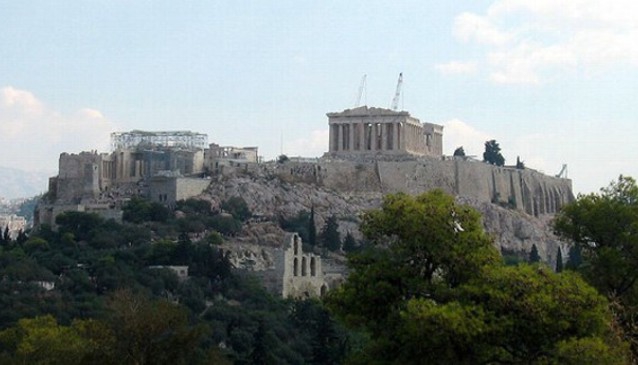 Acropolis is the centre of Greek antiquity and mythology, with magnificent temples and influential monuments displaying the lifestyle and culture of classical civilisation. As a large rocky crag, it's the home to the sanctuary dedicated to Athena, goddess of wisdom, warfare and crafts and dominates the centre of modern Athens. The collection of unique marbled monuments have influenced art and culture ever since.

When at the site, you are able to enter the sanctuary itself, adorned with sculptures, shrines and temples and will be transported back in time. The most impressive of all the dedications to Athena is the significant and widely recognisable Parthenon, the hallmark of ancient Greek civilisation. Adjacent to this on the mountainside is the Erechtheion, the most holy site of Acropolis and where Athena is said to have planted the olive tree, her sacred symbol.

In addition to all this, Acropolis is also home to the remains of the oldest theatre in the world. Able to seat 15,000, the outdoor mosaiced theatre saw comedies and tragedies from the great playwrights back in the 5th century BC.

And if that's not enough for you, the Acropolis Museum, a mere 400m walking distance away, showcases some of the best artefacts discovered at the Acropolis throughout history.