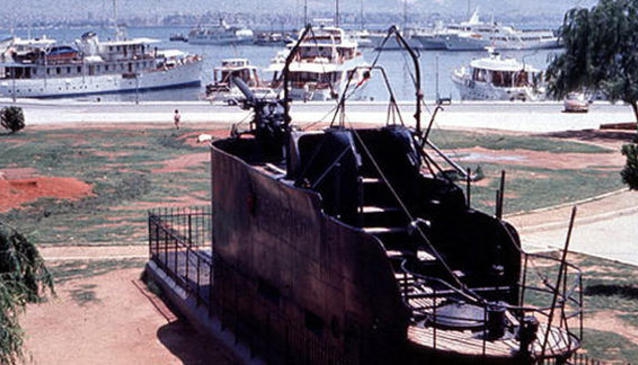 Situated at Akti Themistokleous, close to the Zea marina, Greek Maritime Museum boasts an abundance of items. Artefacts include model ships, maps, a section of the Long Walls, an old lighthouse and objects from Aristotle Onassis's yacht 'Argo'. Other things to see include items from the time of the War of independence of 1821 up until the time of the Balkan Wars, as well as models of ships which were carved by French prisoners during the period of the Napoleonic Wars.

As well as the exhibitions there are also paintings by some of the 19th and 20th centuries' finest Greek painters of oceanic landscapes; these include Prossalendis, Volanakis, Hadjis. On top of this, visitors can see guns, maps, flags, medals, nautical instruments and more. Additionally, a specialised library is within the museum which houses 10,000 volumes and rich archival material, approximately 200 maps from the 16th to the 20th century and a photography and film collection including the archives of Admiral Kriezis.

-Citizens 60 years of aged and over

-Students of the Greek and European Public Instituttions as well as students of the School of Tour Guides, after demonstrating their Student Card

Free admission for members of the ICOM-ICOMOS