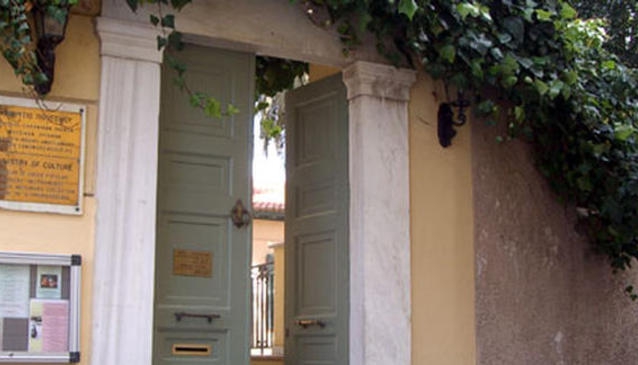 The Museum of Greek Folk Musical Instruments, known to local Athenians as Melmoke, is home to approximately 1200 popular Greek musical instruments. These pieces date from as far back as the 18th century up to the present day. The Museum is situated in an old Athenian mansion, built in 1842, in the Plaka district of Athens beside the Roman market place.

The founder of the museum was the musicologist Fivos Anoyanakis and is the fruit of over half a century of work by him on this project. The museum opened its doors to guests in 1991 and has since been supported as a branch of the Greek Ministry of Culture.

The musical instruments have been selected not only for their musicological interest but also for their aesthetic and decorative value. The permanent exhibition is spread over three floors and divided into four sections, categorised into recognised groupings of musical instruments.

The display is arranged according to instrumental types and is accompanied by explanatory labels in both Greek and English language. There are audio-guides and earphones beside the show, which enable visitors to listen to musical examples of the sound, musical range, playing techniques and combinations of the displayed instruments.

The main aim of the Museum of Greek Popular Musical Instruments is the safeguarding of traditional heritage and its distribution through various activities addressed at adults as well as our younger friends. In order to do this the museum runs two parallel educational programmes for two different age groups.

The one for older children focuses on 'getting to know' the instruments and their purpose in the creation of sound. As well as the history of the flute as a means to explain musical evolution. Whereas the schedule for the younger children is called 'Bells, bells, magical sounds'. This is more basic and focuses on the bells and their usage.

There are daily musical courses for teachers and students alike, providing materials and instruction.