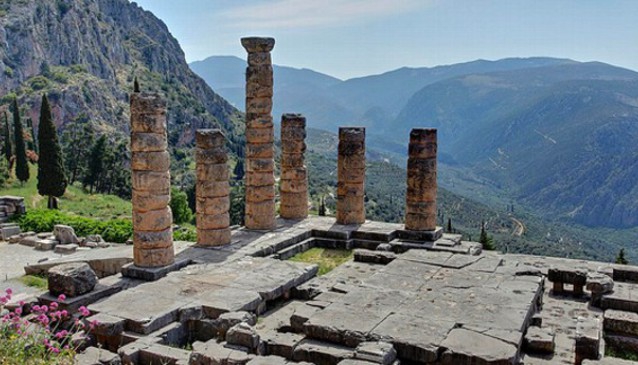 Directions to Temple of Apollo, Delphi

Situated in Delphi, an archaeological site and modern town in Greece, the Temple of Apollo stands as a peropteral Doric building. The ruins of the temple are visible today, with the temple dating back to 4th century BC. It stands central amongst a number of other ruins scattered on the Southern slopes of Parnassos Mountain. The temple was originally built in 7th century BC, by Trophonios and Agamedes before being rebuilt after a fire in 6th century BC. After being destroyed by an earthquake in 373 BC, the temple was rebuilt for the third and final time by famous architects from Corinth. The temple was built similarly to before, with six and 15 columns along the short and long sides. The foundations of the temple remain today, along with Doric columns made of porous stone and limestone. Very little is known about the interior arrangement of the temple, but it was once used as a storage area for statues and other offerings to Apollo, as well as a place for cult rituals.