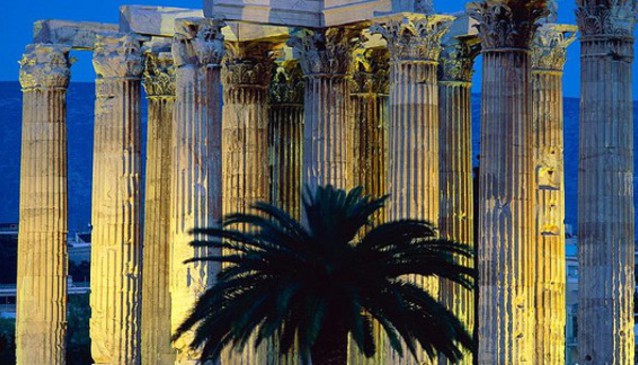 This breathtaking ruin is the remains of a temple that commemorates Zeus, King of the Olympian Gods. Its construction began in the sixth century BC, but for reasons unknown was not completed until the second century AD, when it became the largest temple in Greece.

During the centuries following the fall of the Roman Empire, it suffered severe disuse, having been extensively quarried for building materials. Yet some remains still stand today and prove to be an impressive and popular attraction with visitors.

Excavation was carried out in 1889-1896 by Francis Penrose of the British School in Athens, as well as in 1922 by the German archaeologist Gabriel Welter, and in the 1960s by Greek archaeologists.

Today, just 15 columns remain standing from the original 104, and a 16th column lies on the ground where it fell during a storm in 1852. Don't miss the various free viewing days, which take place on selected dates throughout the calendar year (see below).