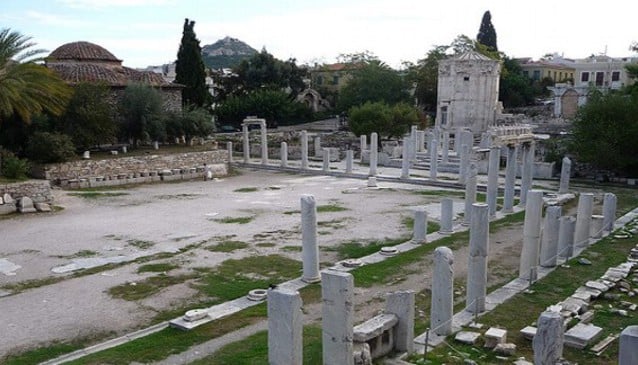 The Roman Forum and Tower of the Winds - Athens

Directions to The Roman Forum and Tower of the Winds

The Roman Forum was founded by Julius Caeser in 51 BC. It substituted the Agora to become the replacement marketplace in the first century AD, making it the commercial and administrative centre for Athens until as late as the 19th century. It became the site of triumphal processions and elections, public speeches, criminal trials, and gladiatorial matches long after the fall of the Roman Empire.

Although the Roman Forum is far smaller today than it once had been in its heyday, the ancient site is steeped in history and proves a highly impressive visit. Don't miss the main ruins, the gate entrance and the Tower of the Wind - an octagonal tower that sits inside the Forum and was built by Syrian astronomer Andronikos Kyrrhestas in 50 BC. It is a depiction of the eight winds on each of its sides, and inside it houses a water clock that was originally powered by a stream from the Acropolis.

or included in the Full Acropolis Ticket: €12