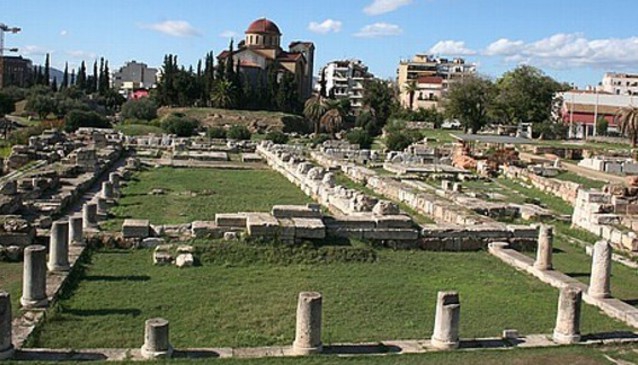 Kerameikos is an archaeological site in Northwest Athens and was historically where the potters settled in the city. Kerameikos means 'potter' in Greek and this was certainly the main centre of production for all pottery and vase-ware within Athens in historic times. The heavy settlement in Kerameikos was due to the natural clay deposits found in this area on the banks of the river that runs through the site.

There are also Ancient tombs in the Kerameikos area that date from the Bronze Age, as a place of burial for the potters who lived in the area. The cemetery was used throughout the Archaic periods (700-840 BC) up until the early Christian period (until approximately 500 AD). As excavations continue the site is growing outwards.

Today visitors to Kerameikos can see the tombs themselves that were uncovered in the 1960's digs as well as lots of artefacts discovered within the complex. These buildings are being extensively restored to their former glory by conservationists and archeologists. The construction of an amphitheatre and a more visitor based layout were completed in 2004, so now the site is both family and child-friendly.

Soldiers carrying out their military service

University students from Greece and the EU