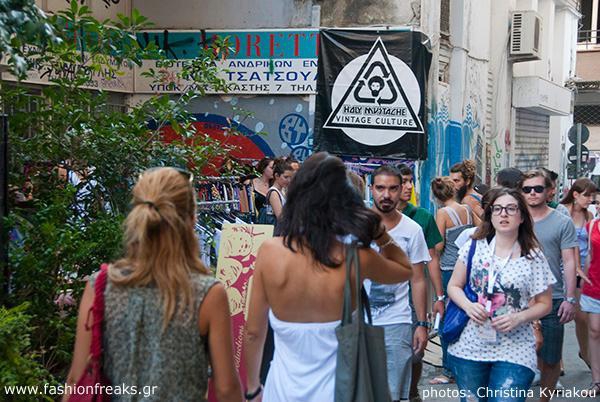 Beginning in December 2007, the Meet Market is a two day weekend event arranged in numerous venues, exhibiting and selling alongside a large line-up of music from local DJs and music producers.

Since 2007, the two day event has grown and strengthened and now takes place once a month with over 150 vendors and more than 3,000 visitors at every event.

Describing itself as a non-profit cultural collective of creatives, the organisation takes no percentage from any sale. The Meet Market is an expanding, mobile community made up of designers, craftsmen, artists, collectors as well as independent businesses.

The Meet Market boasts many aims. It strives to establish a monthly modern market in Athens, celebrate and expose local creativity, create a direct connection between the creator and the consumer and help develop a varying cultural scene in the Greek capital.

Other objectives include to encourage an interactive platform for various creative outlets, expose different cultural spaces and places around both Athens and Greece as well as to support not only the independents and small scale businesses, but also the local economy.