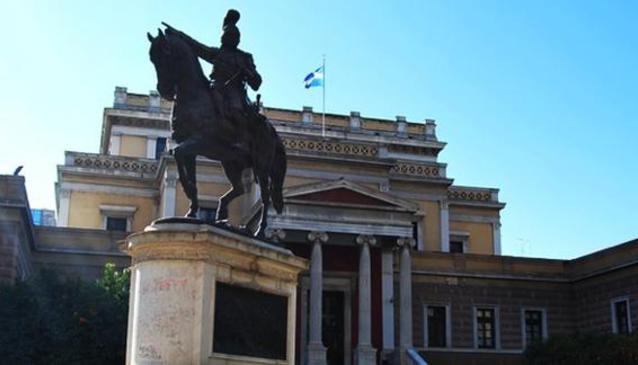 Founded in 1882 and belonging to The Historical and Ethnological Society of Greece (HESG), the National Historical Museum's purpose is to collect, save and present remains and documentary evidence relating to modern Greek history. The museum is the oldest of its kind and includes many rich collections representing phases of Neo-Hellenism, from the fall of Constantinople in the 15th century until the the second world war.

Through the exhibition of relics, works of art, weapons, personal items, costumes, maps etc, the visitor can follow the life and the developments of the nation during the Ottoman and Latin rule of Greek lands, the Greek War of Independence of 1821, the formation of the young Hellenic state, its growth, the Balkan wars, the Asia Minor war and the beginnings of World War Two, with the clash of Greece with Italy.
Also, are presented ethnographic views of Greek society, through the rich costume, jewelry and household items collection of the Museum.

The Natural Historical Museum also doubles up as a research centre for Modern Greek history.