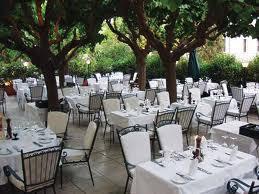 L'Abreuvoir first opened in March 1965 when Alex Kotsis and his wife Yanna thought that it would be nice to establish a French restaurant at Kolonaki, a beautiful district of Athens.

Kotsis is a specialist in French cuisine, the methods and recipes he uses, he was taught in his native France. He soon saw his restaurant as a gastronomic hand out for Athenians who appreciated great food and even better wine. As well as the restaurant of choice for both business and friendly dinners.

As time passed, what was considered to be a novelty in 1965 soon became a strong tradition. Kotsis' tradition of quality, service, and pleasing environment has meant it has survived tastes changing and evolving. But L'Abreuvoir's menu continues to be equivalent to those of the best restaurants across the world.