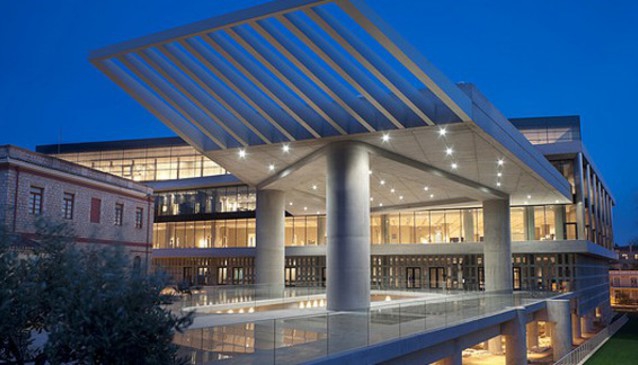 Established in 2009 and recognised for its modern and stylish design, The Acropolis Museum was created in order to exhibit the significant finds from the foothills of the Sacred Rock over its three jam packed and exciting floors.

Walking through the ground floor doors and you're immersed in the 'Gallery of the Slopes of the Acropolis', displaying artefacts from ancient sanctuaries alongside everyday life objects from historical Athens. One floor up, and the 'Archaic Gallery' is littered with magnificent sculptures in marble, clay and bronze, dazzling amongst the nine-metre high, naturally lit rooms. The top floor is devoted to the Parthenon and displays majestic marble columns and images depicting the procession of its construction.

Whilst building the museum, archaeologists uncovered a number of exciting finds from an ancient Athenian city which are held in the museum. Visitors will soon be able to walk amongst the remains of the old neighbourhood and the excavation is visible from a number of points throughout the museum through cleverly positioned glass openings.