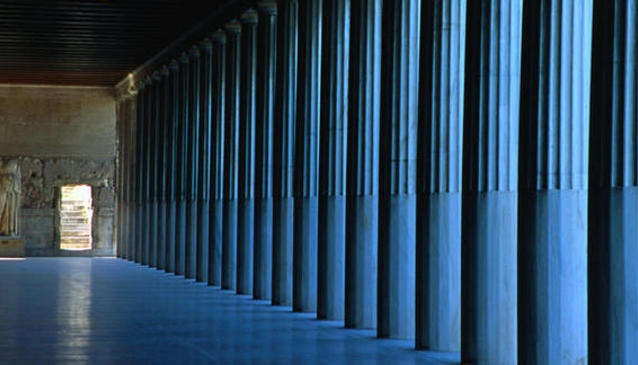 Directions to Archaeological Museum at the Ancient Agora Athens

The ancient Agora of Athens, the central meeting place of the city, was revealed by the Athenian Archeaological Company between 1859 and 1902. In 1953 it was restored and rejuvenated and has since been the venue of the Archaeological Museum. The Agora was the birthplace of modern day democracy and is thought to have been built in the centre of the city way back in the 6th century BC. The museum itself is situated in the Stoa of Attalos within the Agora, the ancient covered walkway carved out of marble and limestone and recognised as traditional Greek architecture. The exhibits are based around Athenian democracy including displays of clay, bronze, and glass objects from everyday life in the area as well as sculptures, coins and inscriptions dating back from the 5th to the 7th century BC.