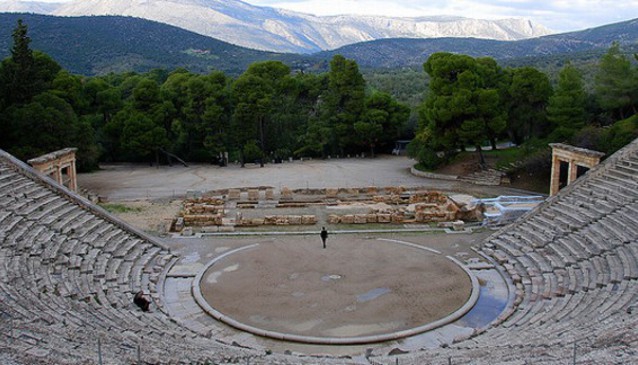 Directions to Archaeological Museum of Epidaurus

The ancient city of Epidaurus was once home to the most famous Asclepieum in Ancient Greece. An Asclepieum was a healing sanctuary, constructed during the time when the cult of Asclepius, the God of medicine and healing became rooted in the area. It was built among beautiful natural settings, that some say perhaps played a crucial role in the recovery of its patients, and offered luxury to its guests, from hostels, a gymnasium, and even a theatre.

The museum was erected in 1898-1900 by the Athens based Archaeological Society, in the midst of the ancient theatre and the rest of the sanctuary area. Inside, the exhibitions are split between two halls, displaying artefacts discovered during archaeological excavations dating back from the Archaic to the Roman eras (700 BC - 324 AD). The displays include items from the Asclepius cult such as medical tools, and architectural fragments from significant buildings (like the Temple of Asclepius, the Temple of Artemis, and the Tholos).

Free admission for: Students of Greece and EU, children under 19, journalists, tour guides,