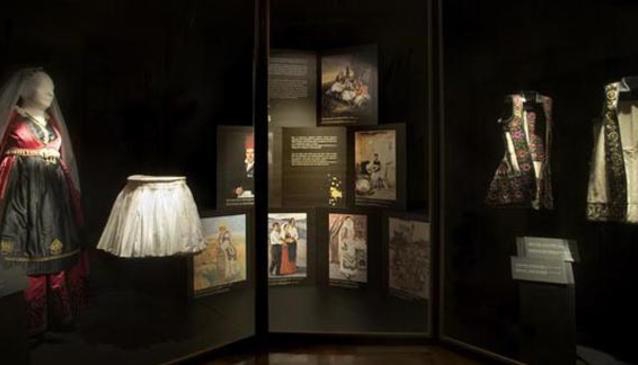 The Museum of the History of the Greek Costume - Athens

Directions to The Museum of the History of the Greek Costume

Situated in a two-storey 1920s building, the Museum of the History of the Greek Costume  of the Lyceum Club of Greek Women has been established for over 25 years since being opened by the Minister of Culture, Melina Merkouri. Exclusively devoted to Greek dress, the museum holds 25,000 pieces, with most of those being regional costumes and jewellery worn throughout Greek history. The museum also holds a number of copies of Minoan, Ancient Greek and Byzantine costumes created by a group of influential and famous women. Amongst this, there is also a valuable collection of porcelain dolls dressed in regional costumes which have been on display since 1914 after being donated by Queen Olga of Greece.

The museum organises thematic exhibitions on an annual basis, where the public gain the opportunity to learn more about particular parts of the museum and different eras. As well as this, the museum also regularly runs educational programmes for schoolchildren, guided tours and seminars.