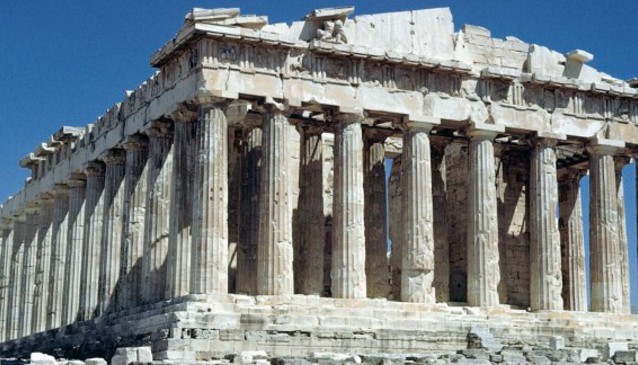 Directions to The Parthenon

The Parthenon, or 'The Temple to the Virgin', was dedicated to Athena Parthenos, the maiden Goddess considered to be the city patron. Built between 447 BC and 438 BC, this temple replaced the very first Parthenon (Parthenon I) of 570 BC. It was designed by architects Iktinos and Kallikrates, while the sculptor Pheidias supervised the entire building program and conceived the temple's sculptural decoration and statue of Athena.